There’s Art in Them Thar Hills – Beverly and Bunker

Los Angeles is made up of many hills and valleys all with their own style. Beverly Hills is the epitome of posh living while Bunker Hill is transforming itself into a high culture center tucked within the financial heart of Downtown LA.

I’ve been scouting out public art on my bike rides throughout Los Angeles and here’s a glimpse of what is to be found in two of ‘them thar hills’. 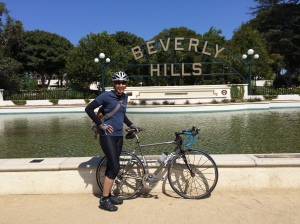 Beverly Hills has two areas close to City Hall that make for a nice walking tour if you are not inclined to cycle your way through town.

Beverly Gardens is a linear park area stretching for 22 blocks along Santa Monica Boulevard and includes the iconic lily pond and sculptures throughout. The park separates the retail district of Rodeo Drive from the luxurious estates to the north. 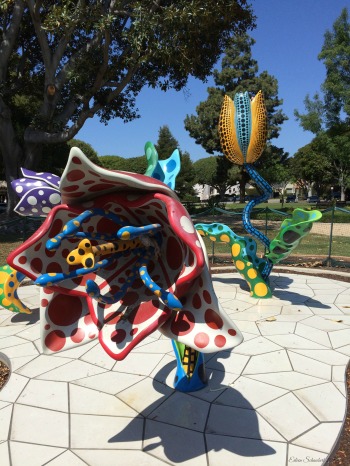 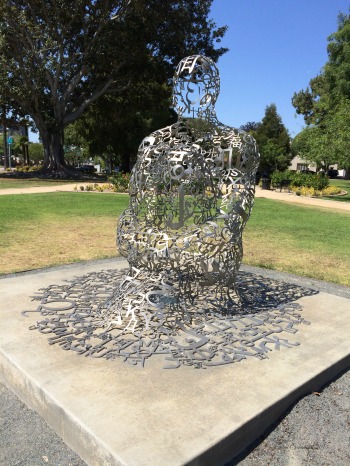 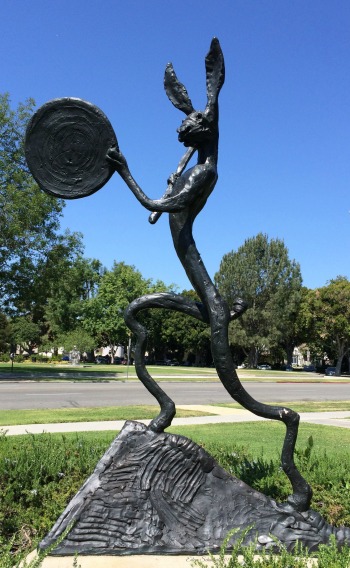 The Drummer by Barry Flanagan

The Wallis Annenberg Center for Performing Arts is also home to the striking, 30 foot tall Coups de Pinceau by Roy Lichtenstein on long term loan from the deceased artist’s foundation. 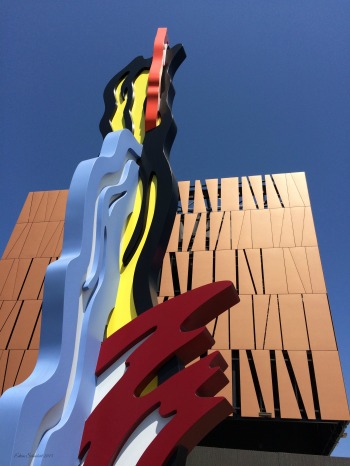 Burton Way is a wide boulevard with sculptures in the median and parklets bordering the southern residential areas. 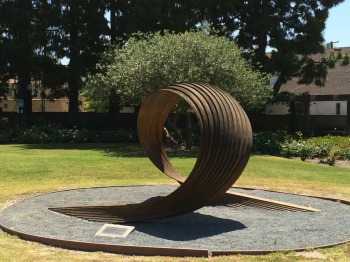 Spiral of Life by Baile Oakes

Moving east to the Bunker Hill neighborhood of Downtown Los Angeles, you’ll find hours of exploration possible. I started at the top of the hill at the Walt Disney Concert Hall designed by local resident Frank Gehry. 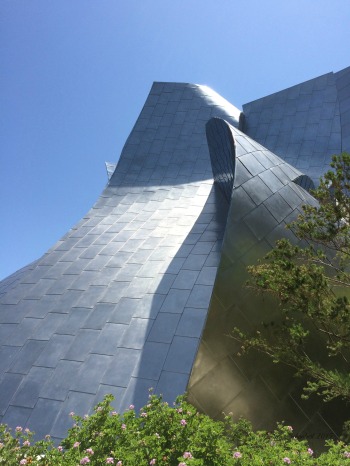 Be sure to go beyond the front plaza circling all around the building to find nooks and crannies reminiscent of narrow river gorges. 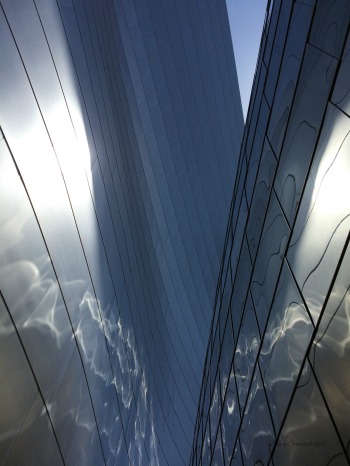 The Broad Center is due to open in the fall of 2015. This contemporary art museum’s architecture is especially striking with its proximity to the Disney site. It is relatively small in stature but incorporates an interesting blend of geometric and organic shapes bridging the gap between the rigid traditional skyscrapers and Frank Gehry’s flowing forms. 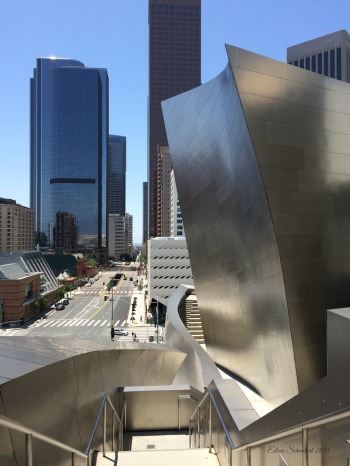 Detail of The Broad from street level

The Bunker Hill neighborhood was originally home to LA’s wealthy elite but was abandoned for areas further west leading to decay and urban blight by the mid twentieth century. Having undergone substantial redevelopment in the last 30 years, Bunker Hill benefited from the mandate requiring a percentage of construction funds be dedicated to public art — totaling well over $1 million in commissioned works for the Wells Fargo site alone.

The building plazas contain substantial sculptures with many of them accessible 24/7. Additional artworks of various types can be found within the buildings and can be viewed during regular business hours.

The towering buildings require works of a massive size. Ulysses, visible from Grand Ave, beckoned me to come explore. 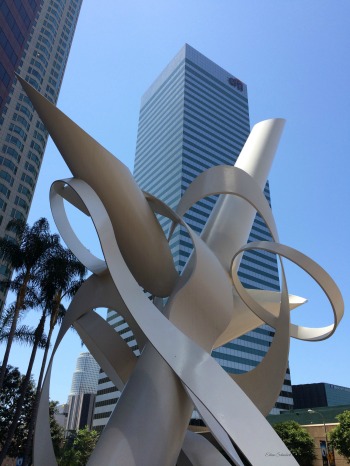 I found myself reflecting at the YMCA on Hope Street. 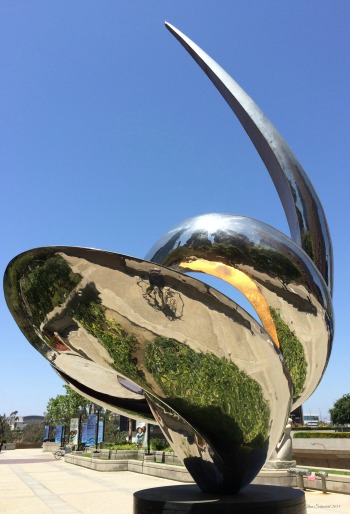 Alexander Calder made a grand statement dedicated to his father with Four Arches at the Bank of America Plaza. 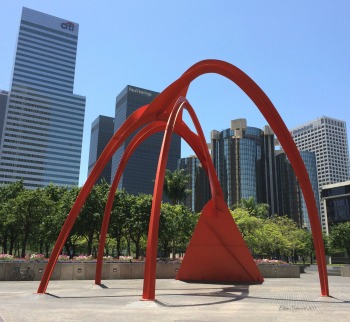 At this point in my travels I had barely begun to unearth all the treasures when I was lured just three blocks down the hill to the Grand Central Market. The renovated building is full of food stalls and farmer’s stands sure to please any appetite.

I hope you’ll find a wealth of artistic gold in them thar Los Angeles hills!

← In Search of Food for the Road
Hiking Bryce Canyon →

Tell Me What You Think Cancel reply

This site uses Akismet to reduce spam. Learn how your comment data is processed.